When we founded the NYC Veterans Alliance just two years ago, we committed to the inclusion of ALL veterans--we leave no veterans behind. We've stood in defense of veterans with bad paper. We've stood up for lesbian, gay, and bisexual veterans who were unjustly discharged. And last week we stood up for the transgender troops who are serving honorably across the world, as well as the countless numbers of transgender veterans who deserve recognition and respect for their service to our nation.

We signed on as a co-sponsor of Equality NY's rally in Times Square as the only non-partisan veterans organization to do so.

We urged our transgender veteran audience to speak up and tell their stories in the media.

We issued a statement to our members and supporters:

Right now, thousands of transgender men and women are serving in silence in the U.S. Armed Forces, and countless more transgender veterans, many of whom have served with honor and distinction in combat, are stunned by today's announcement of a return to the ban on transgender service. We want these servicemembers and veterans to know that we stand with them, and that we are grateful for their service to our nation.

The NYC Veterans Alliance was founded with the value of inclusiveness of all veterans, with the belief that service to country is more important than all else. Our membership is comprised of men and women of diverse service eras, national origin, immigration history, racial heritage, religion, LGBTQ status, political ideology, and other differences in background. By embracing our diversity, we are a stronger organization, just as America and its military are stronger because we believe that mission and service to country are what truly matter, not these externalities. Out of many, we are one. Equality is not a social experiment. It is a core value we serve to protect and defend.

Director Kristen Rouse spoke at the rally in Times Square, alongside many elected officials, veterans, and community leaders, and appeared on NY1's "Inside City Hall" with Errol Louis and on WNYC's Brian Lehrer Show. 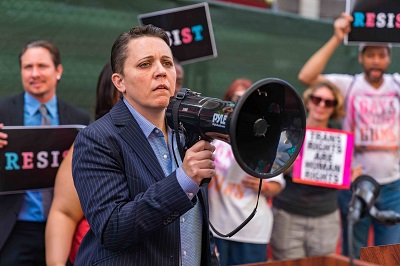 We were among the few veterans organizations nationwide to call on President Trump to reverse any proposal to ban transgender service, signing this letter along with Iraq and Afghanistan Veterans of America, Service Women's Action Network, and Air Force Women Officers Associated. 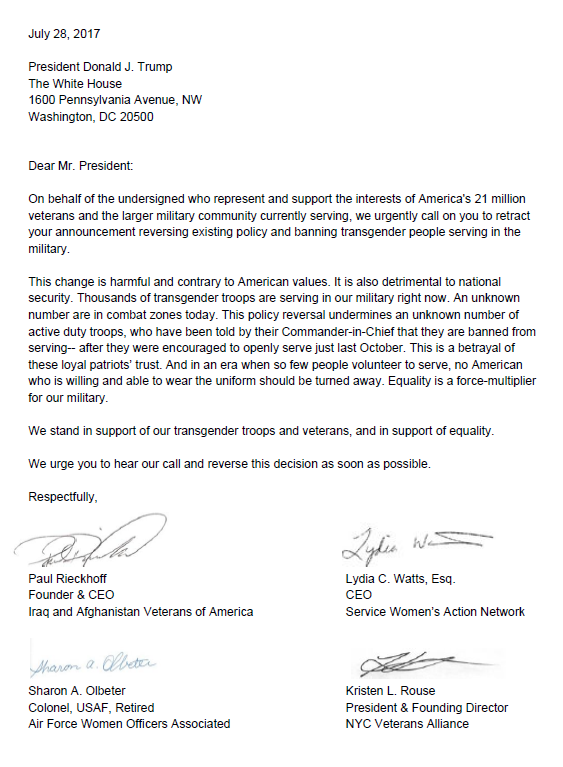