Since 2015, NYC Veterans Alliance has served

veterans & their families as a member-driven, grassroots

In 2015, veterans and families seemed barely a political afterthought in NYC government—meanwhile veterans were returning home to NYC from deployments abroad, and veterans home for decades feeling abandoned by a city that paid little recognition. A small group of veterans and advocates felt a clear calling to create an organization that would serve as the advocacy voice for NYC’s veterans and families.

Since then, the NYC Veterans Alliance has led change in NYC for veterans and families. In June 2015, we released Change Is Essential, a first-of-its-kind policy paper produced by more than a dozen experts—and the basis for numerous substantive policy changes in NYC government that have improved access to and delivery of services for veterans and families in recent years.

In July 2015, we produced and hosted the Forum on NYC Veterans Policy, giving voice to experts and lifelong advocates on a wide range of issues that laid a foundation for our advocacy work—and for informing and involving our community in that work. On August 24, 2015, we held our first-ever member meeting, officially launching our member-driven organization to serve as the dedicated advocacy voice for NYC veterans and their families.

Our mission is to empower veterans, families, and civilian allies to connect as a community, advocate for improved policies, and advance as civic leaders. When our community is able to connect with resources and services, and when we're able to make change and lead in our communities and government, we all rise together.

We envision our community of veterans, military members, and their families being recognized, appreciated, and fully able to access services in New York City, New York State, and nationally--regardless of service era or discharge status, regardless of political affiliation, and regardless of race, religion, national origin, immigration status, gender, gender identity, or sexual orientation. We need those who have served our nation in uniform, and supporting their loved ones in uniform, to serve here at home as engaged civic leaders to make this a reality.

Join us as a member to become part of the movement. 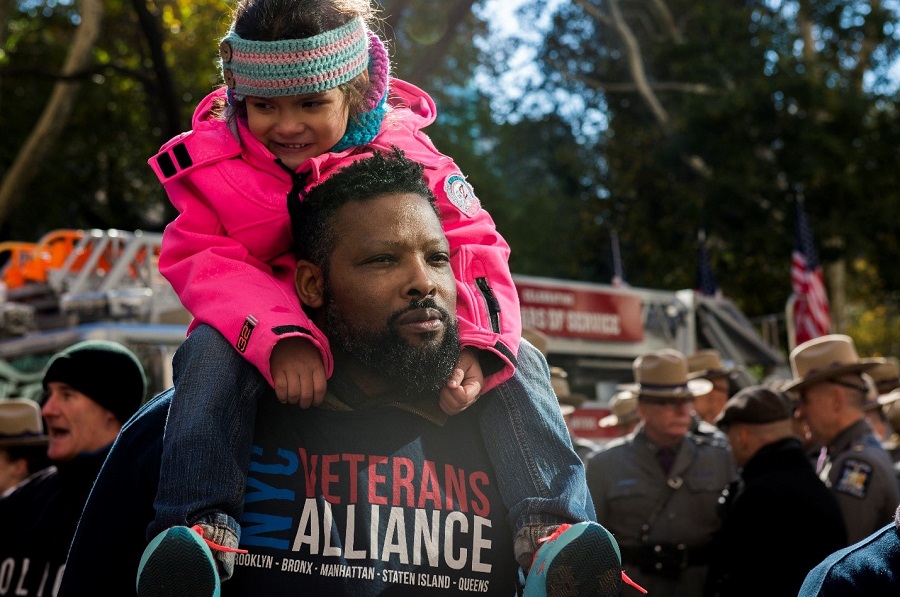