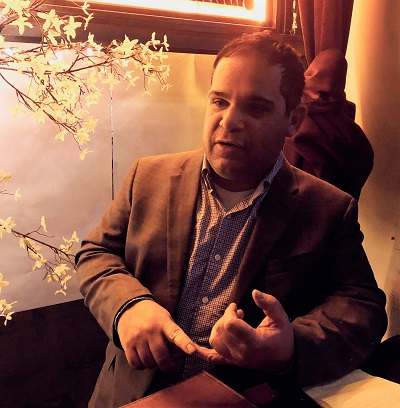 The first presidential election I ever voted in was in 2000 in Palm Beach, Florida—the county that made “hanging chads” famous. Florida has made many strides in improving elections since then, and I always assumed that they were updating their election process to catch up to the more progressive New York. Voting in New York, I learned that was not the case. Florida allows one to change their party affiliation up to 30 days before an election, has early voting, and does not require one to write a book to justify receiving an absentee ballot.

On December 13, 2017, I was in attendance at the NYC Votes Voter Assistance Advisory Committee of the NYC Campaign Finance Board annual public meeting. It was the first time I attended a hearing with the NYC Veterans Alliance, and was surprised not only by the number of citizens who were in attendance, but that many New Yorkers as well as our members feel the same way I feel about voting in NY. I learned that New York ranks at the bottom when it comes to ease of changing party affiliation, requiring the change to be done a year in advance. Early voting and absentee ballots are also major issues that were a top priority for the Alliance and many other organizations in attendance. It was also brought up that other states look to New York when deciding whether or not to make the changes necessary to make voting more modern. It is disappointing that New York does not set a very good example when it comes to making voting easy and accessible for all of its citizens.

Kristen, Founding Director of the NYC Veterans Alliance, testified about her experience while deployed to Afghanistan. Her testimony emphasized the lower voter turnout here in NYC—a low 14% in this year’s primary election, and 24% in the general election—compared to the voter turnout when she was deployed in a violent area of Afghanistan in 2010. She made the comparison to highlight the sacrifices people in new democracies are willing to make just to have their voices heard, or even the sacrifices Americans have made in our history to make our system more fair and inclusive.

She also explained that 2010 was the only election where she was unable to vote due to the arduous journey a physical ballot must make through the U.S. Postal System and to forward areas like where she was—it took 30 days to receive it, and would’ve taken another 30 days to return it to New York. Committee members were very interested in finding ways to improve voting for our brothers and sisters who are deployed to remote areas.

Corey, Director of Civic & Government Affairs, testified about the positive experience of the Alliance’s members who signed up to become poll workers during this past election. He also spoke on how veterans can lead from the front by helping to fill the shortage of poll workers in our city’s elections.

The committee members were very open to all concerns presented. They invited members of the NYC Veterans Alliance to Albany to lobby our state legislature to make these needed changes. I look forward for the opportunity to lobbying on behalf of not only our veteran community but for the citizens of this great city. All in all, I enjoyed my first hearing with the NYC Veterans Alliance, and look forward to more events and civic engagement.