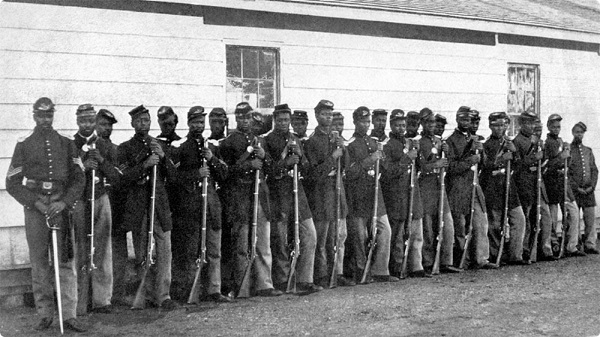 Juneteenth commemorates the anniversary of Union troops arriving in Galveston, Texas, and reading the Emancipation Proclamation, which had been originally issued in 1863, to enslaved Americans who were not yet free. Celebrated annually by many Black communities since 1865, Juneteenth is a day of reflection and celebration of Black American history, culture, and unique food traditions. This year, Juneteenth has been declared an official holiday in New York in recognition of our collective need to recognize Black freedom and to stand in solidarity against racism and racist violence. As veterans, we take this holiday to reflect on the profound history of Black New York veterans of the Civil War who served and sacrificed to make freedom and democracy possible for all of us.

President Lincoln issued the Emancipation Proclamation on January 1, 1863. While Union troops battled secessionist forces to reunite the country, the promise of the Emancipation Proclamation was that once the U.S. Army had regained territory, enslaved people would be free. And by 1863, it had become essential for free and formerly enslaved Black Americans to take their rightful part in the forces of liberation.

All told, 179,000 Black troops served in the Union army, and 19,000 more served in the Union navy. Three regiments of US Colored Troops were raised in New York. These segregated units, mostly under the leadership of white officers, would fight in 449 different battles. One third of them died during the war. Even as they were sent into combat, Black troops fought for equal pay, and in the decades following the war, they still fought disparities in pension benefits.

This Juneteenth, we honor the overwhelming number of New Yorkers who served and paid the ultimate price for the freedom of all Americans during the Civil War, and taking special note of our honored history of Black New Yorkers who fought for freedom. Among them:

20th Infantry, U.S. Colored Troops - Raised at Rikers Island on February 9, 1864. This unit served as part of the occupying force maintaining Union control over southern Louisiana and the Florida panhandle until after the cessation of hostilities in the west. Mustered out in October 1865.

26th Infantry, U.S. Colored Troops - Raised at Rikers Island on February 27, 1864. This unit served in South Carolina, sustaining heavy casualties in the Battle of John's Island in July 1864. They took part in Gen. Sherman's "march to the sea," again sustaining heavy casualties in battles at Honey Hill, Devaux's Neck, Tulifinny Station, and McKay's Point in November and December 1864. They occupied Beaufort until the cessation of hostilities in the east. Mustered out in August 1865.

31st Infantry, U.S. Colored Troops - Raised at Hart's Island on April 29, 1864. This unit served in Virginia, where it fought in the Union advance from the Rapidan River to the James River, the Battle of Cold Harbor, the sieges of Petersburg (including the Battle of the Crater) and Richmond, the Bermuda Hundred campaign, and the final defeat of Gen. Lee's forces at Appomattox Courthouse in April 1865. Following the surrender of Lee's secessionists in the east, the unit was dispatched to the fighting that continued in Texas along the Rio Grande. This unit saw heavy fighting and heavy casualties during their tour in the Civil War, and they were part of the Union forces that made the liberation of Galveston on June 19, 1865 possible. 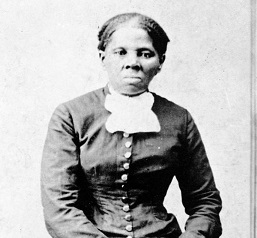 We also make special remembrance of Harriet Tubman, a pioneer not only in leading enslaved people to freedom before the war, but also a critical leader who helped to create roles for both women and Black Americans in military service. She served primarily in South Carolina, where she was given free passage by Union command to operate with flexibility in roles as scout, spy, cook, laundress, and critically as an advisor in civil-military operations, particularly in the Port Royal Experiment (which granted freedom, land, and paid labor to more than 10,000 former slaves), as well as to recruit freedmen into the newly forming U.S. Colored Troops. In May and June 1863, Tubman planned and led a military operation known as the Combahee River Raid, where she led troops in freeing more than 700 enslaved men, women, and children. She is the first woman known to have led troops in a military operation. She lived most of her life as a free woman in Auburn, New York, and she is known to have traveled through New York City during her life of service to this nation.

For more on the role of U.S. Colored Troops in the Civil War, we suggest Freedom by the Sword: The U.S. Colored Troops 1862-1876 by William A. Dobak and The Civil War's Black Soldiers by Joseph Glatthaar. For more on the extraordinary life and military service of Harriet Tubman, we suggest Bound for the Promised Land: Harriet Tubman, Portrait of an American Hero by Kate Clifford Larson.