This Friday marks the 48th anniversary of Father Vincent Robert Capodanno being killed in action in Vietnam. Father Capodanno's name is perhaps one of the most recognized in NYC, but many New Yorkers do not know the story of his service and sacrifice. 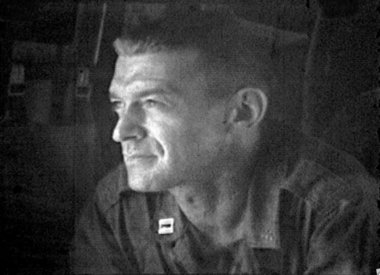 Father Vincent R. Capodanno was a native of Staten Island, the tenth child of Italian immigrants. After being ordained a Catholic priest and serving abroad as a missionary for several years, requested in 1965 to be admitted into the U.S. Navy as a chaplain to aid troops in Vietnam. He ended up serving alongside the 7th Marine Regiment south of Da Nang, accompanying troops where they slept, ate, and fought, administering sacraments, and providing spiritual and emotional support to Marines who were enduring the toughest combat conditions of their generation. Father Capodanno became known as the "Grunt Padre":

The Grunt Marines were primarily enlisted young men, many just out of high school, who believed in the anti-Communist cause of freedom and were willing to fight and die for it. Father Vincent, their pastor, confessor, father and friend, chose to bunk with them, hike with them, eat what they ate, sleep where they slept and follow them unarmed into fierce battles and heavy gunfire to administer medical aid to the wounded, Extreme Unction to the dying and a final blessing to those who gave all.

Regardless of his rank and position, he was truly “one of them” in every sense. Just knowing he was there gave his fellow “grunts” morale support, comfort and consolation. Father would often walk among his men handing out St. Christopher medals with reassuring words: “God is with us all day, soldier.”

Father Capodanno gave up much of his leave time to continue serving his troops, and voluntarily signed on for a second tour. This was the time period in which he made the supreme sacrifice:

It was during his second tour on September 4, 1967, with the 3rd Battalion, 5th Marines that Father Vincent Capodanno made the ultimate sacrifice. After hours of heavy fighting from a North Vietnamese ambush, Father Capodanno, himself seriously injured, sighted a wounded corpsman pinned down by an enemy machine gunner. He ran to the Marine and administered medical and spiritual attention. Despite being unarmed, the enemy opened fire and Father Capodanno, the victim of 27 bullet wounds, died faithfully performing his final act as a good and faithful servant of God.

For his selfless acts and distinguished bravery in the face of enemy fire, Father Capodanno was posthumously awarded the Medal of Honor, our nation's highest military award.

To commemorate the 48th anniversary of his passing, the Marine Corps League will present a ceremonial volley, wreath laying, and Taps at the Father Capodanno Memorial at Fort Wadsworth this Friday, September 4th. The ceremony begins at 10am sharp. The memorial is just inside the main gate at Fort Wadsworth.

The U.S. Coast Guard Chapel at Fort Wadsworth will hold a special concelebrated mass and wreath laying in honor of Father Capodanno on Sunday, September 6th, at 9:30am.

May we never forget the service and sacrifice of Father Capodanno, and his commitment to his faith and the Marines whom he served.