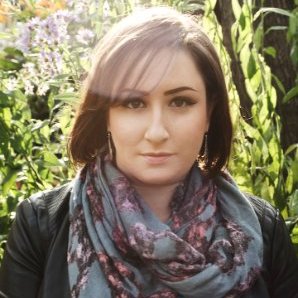 On July 18, NYC Veterans Alliance members & supporters were invited to attend the red-carpet premiere of DUNKIRK, a new film set during World War II directed by Christopher Nolan. Our member Rachel Kambury is a writer, editor, and publishing professional specializing in war literature. She attended and offered her poignant review of the film.

Nolan’s newest directorial outing is less of a mind-warp than his usual fare. Absent are the reality-bending dreamscapes, the interstellar space travels, the twin tattooed narratives being told in opposite directions, and no one dressed like a bat. In DUNKIRK, there is only the land, and the air, and the sea.

For all that it’s a departure from what audiences now come to expect from a Nolan film, DUNKIRK is nothing short of his best. His grasp of narrative structure, pacing, editing, and tension—all of which he displayed masterfully, and most memorably, in THE DARK KNIGHT (2008)—has been elevated to another level with the help of Lee Smith’s editing, Hoyte Van Hoytema’s cinematography, and Hans Zimmer’s score (which, I would argue, is his best since INCEPTION). The ubiquitous and ingenious use of IMAX cameras combined with 70MM film lends DUNKIRK a visual gravitas that is almost unbearably realistic. There are multiple moments when you will swear you can feel the water pressing in, or feel the gust of wind as a fighter plane passes overhead, or, if you reach out, feel clouds of sea foam. Speaking as the daughter of a sound designer, the sound in this film tells more than half the story. Listen to it.

Nolan smartly skips the battle that resulted in 400,000 BEF and men of the French 1st Army becoming stranded on the shores at Dunkirk and moves right on to the evacuation in all its fits and starts. I don’t say smartly for any other reason than that this decision separates DUNKIRK from what we have come to know as the Hollywood War Movie. Not entirely, but enough to make this film feel like a breath of fresh air even as it makes you feel like you’re drowning. There are no grand combat sequences or battlefield speeches to rouse you in the name of god and country; there are 400,000 men on a beach trying to get home, two men in the air trying to protect them, and a few men in a boat on the Channel trying to get to them. The Germans, save for a few hair-raising appearances from Stuka dive-bombers and a couple of helmets on some vaguely human shapes, are entirely absent, and the central characters, by and large, are interchangeable: lean, dark-haired, white-faced British and French men and boys chapped by exposure, combat, thirst, hunger, and fear. Breathless desperation defines their existence so long as they are stuck on that beach or attempting to get off it.

For all that this makes watching DUNKIRK a great opportunity to practice your deep-breathing exercises, it also makes it one of the best war movies I’ve ever seen, especially one that is set during World War II. DUNKIRK takes the tonal world SAVING PRIVATE RYAN gave us in 1998 and pulls you under hard and fast. Just imagine the D-Day landings scene expertly stretched into three separate narrative strands and braided into a single, 106-minute, heart-palpitating thread—that’s DUNKIRK.

There is often very little room for or attention paid to nuance when it comes to war movies, especially those that take place during World War II. Thankfully, DUNKIRK gives us nuance in spades, in IMAX, in surround sound, unrelentingly. Here are two unwounded men doing everything they can to escape aboard a hospital ship. Here is a boat full of BEF stowaways attempting to flee, turning on each other in panic and confusion as rounds hit the sides of the slowly flooding vessel. Here is a civilian who wants to help rescue his countrymen. Here is a soldier who kills a comrade to save himself. Here is a man who runs away. Here is a man who stays behind.

Most poignantly, here is a World War I veteran who rescues a BEF soldier off the hull of a sunken destroyer: “He’s shell-shocked,” he tells his son Peter: “he’s not himself. He may never be himself again.” As honest and direct a description of the condition as I think I’ve ever heard in a World War II movie, and one that had a palpable impact on the film premiere’s audience, a diverse array of veterans and civilians alike: even as we listened to the Channel waters chop against the hull of the Moonstone, everyone moved together, backing into their seats like they’d been physically pushed. I heard more than one person make that low, gut-punched sound I always associate with feeling something otherwise inexpressible. That moment is my most memorable takeaway from seeing DUNKIRK the first time.

I had plenty of assumptions and expectations for this film, a kind of mental bingo card of things I usually see in a movie set during World War II. Most of the squares went unchecked. This is not a war film in the usual sense, and that is something to be grateful for, I think. Not just because it challenges viewers to think of war as something other than combat and of soldiers as people other than Heroes-with-a-capital-H, but because it opens the field to others to tell war stories that buck expectations, defy the conventions of the genre, and put audiences in places they’ve never been before.

DUNKIRK, according to Nolan, is “virtual reality without the goggles”: you are not there to observe, or to be removed from the events and the feeling of being there, nor or are you there to be pandered to with a war movie that leaves you feeling good, of all things. You watch DUNKIRK to be made part of the events unfolding before your eyes, as close to that world and that moment in history as if you are the one with your hand on the controls inside a Spitfire, or reaching desperately for a ladder while you drown. Like the men on the beach, you thrill to see civilian boats appear on the horizon and hear Spitfires in the air; like them, you are stranded, hopeless, desperate, and willing to do whatever it takes to get back home. Walking out of the theater, it was hard not to stop for a moment and savor the feeling of standing on solid ground, to appreciate for a few seconds the relative quiet of New York City on a Tuesday night. To be home.