Mayor de Blasio: Some Vets More Equal Than Others

Yesterday--perhaps to save face from the embarrassment of his otherwise complete reversal--Mayor de Blasio issued a deceptive Memorandum in Support of NY State Assembly bill A.6543, which proposes to amend the current and unfair pension "buyback" credit system for state and municipal employees to only add veterans of the war in Afghanistan to the long and convoluted eligibility criteria for this earned benefit.

Make no mistake: A.6543 would still EXCLUDE veterans who risked their lives in combat in Somalia, troops who manned Patriot missile launchers to defend Israel from Iraqi SCUD missiles during the Desert Shield / Desert Storm period, troops who faced armed conflict to enforce the peace in Bosnia, troops who have manned the DMZ along the North/South Korean border in the decades since the Korean War, or other troops who manned guard posts across the globe during the years of the Cold War. It also excludes troops who are even this very moment flying sorties to attack ISIS in Syria, as well as drone operators who serve in the U.S., but are responsible for attack missions on ISIS and Al Qaeda operatives around the globe. We're glad Mayor de Blasio finally is showing some respect to Afghanistan veterans--but he's making a calculated choice to exclude other veterans who have served in other important conflicts. These veterans defended our country, too.

The Veterans Equality Act, bill A.8174-A, to which Mayor de Blasio remains opposed, mirrors the bill that passed unanimously in the New York State Senate earlier this month. This bill would make all veterans who were discharged honorably eligible for the benefit. (The original law includes eligibility for those who served in any location, either the U.S. or abroad, during the Vietnam and Korean War eras; it is only fair to extend eligibility to service in both "hot" and "cold" locations during the Cold War and more recent time periods.) As a comparison, honorably discharged veterans who are federal employees are eligible to receive full credit for ALL years of their active military service for the federal buyback program. The State of Massachusetts offers up to four years of pension buyback credit for veterans. The New York State program offers up to three years of pension buyback credit for veterans who served honorably and who have at least five years of civil service. Other pension systems outdo New York State. The least we can do is include all veterans who have served honorably. The bill includes $24.8 million in funding to implement it.

But Mayor de Blasio still thinks veterans are too expensive. He continues to shortchange veterans as much as his public image permits. He couldn't escape public embarrassment for excluding Afghanistan veterans. He shouldn't be able to get away with this, either.

Please do the following as soon as you can:

To follow more on this important issue, see NY Vets for Service Credit.

View Mayor de Blasio's Memorandum in Support of the "Afghanistan-only" bill (A6453):  A6453 - de Blasio Memo in Support 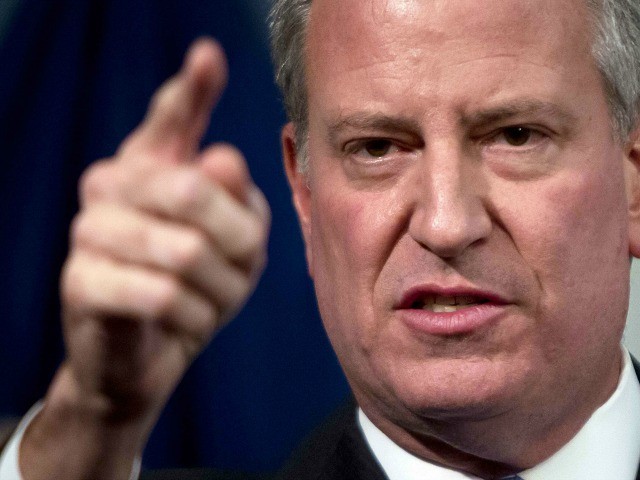