On Memorial Day, many of us took time out to remember fallen comrades and the many more we lost later to the physical and mental injuries that followed them from the battlefield. Whether we chose to attend a commemorative parade or ceremony, or decorate military graves, or reflect as we enjoyed time with friends and family—this was a holiday for collective remembrance. It then came as a surprise that the de Blasio administration would choose Memorial Day to run an op-ed in the NY Daily News stating for the first time that the administration explicitly does not support the creation of a Department of Veterans Affairs for NYC.

There is overwhelming support within the NYC veterans community for creating an agency independent of the mayor’s office that would have the staffing and resources needed to provide actual oversight and program management capabilities to administer veterans affairs for NYC’s 220,000+ veterans and the 250,000+ spouses and dependents affected by local-level veterans policy. Currently, we have agencies like the Department of Youth and Community Development overseeing thousands in city tax dollars going to veterans organizations for direct services. The Department of Homeless Services, a troubled agency with vast responsibilities, manages the $3.4 million in federal funds coming directly to NYC government under the Obama administration’s initiative to end veteran homelessness. Veterans Liaisons at each city agency have different and largely uncoordinated approaches to reaching veterans employed within their respective agencies. There is no coordinated approach to veterans in the criminal justice system, and Manhattan remains the only borough without a veterans treatment court. There are numerous other city services and benefits available to veterans that simply cannot be managed or coordinated by a commissioner and five staff members on a shoestring budget. Nor does the current office have the capacity to effectively manage calls from veterans in need and provide adequate referrals to government agencies or veterans nonprofits throughout NYC to ensure all veterans can fully access the benefits they've earned.

Yet on Memorial Day, Commissioner Sutton declared in the Daily News that this current state of under-resourcing for veterans affairs “is as it should be.” This was disappointing, to say the least.

Meanwhile, in Brooklyn Heights, Brooklyn Borough President Eric Adams announced at a solemn ceremony at the Brooklyn War Memorial—which has been shuttered for more than 25 years—that if City Hall approves, he’ll dedicate the borough’s capital funds toward needed renovations. To jumpstart his quest for City Hall’s cooperation and support, he’s launched an online crowdfunding campaign asking citizens to donate their own money toward reopening one of the city’s significant memorials to military service. It should never have to come to this.

In comparison, the City of Boston provides $5.5 million for city-level veterans services, which includes outreach, benefits, and advocacy for veterans and their families, and also maintenance of memorial sites. That’s more than $5 million that Boston provides in resources to its veterans than NYC government does—and Boston has less than half the population of veterans that NYC does.

Mayor de Blasio’s administration doesn’t seem willing or able to acknowledge that more resourcing for veterans affairs in NYC is not only needed, but also reasonable, cost-effective, and will generate an important and worthwhile return on the investment with all that veterans will do and accomplish if granted the right resources and opportunities. Boston and other cities across the country have recognized this. Those of us who live in and love NYC want to see the greatest city in the world also be the greatest city in the country for veterans. We wish Mayor de Blasio would share this vision as well. 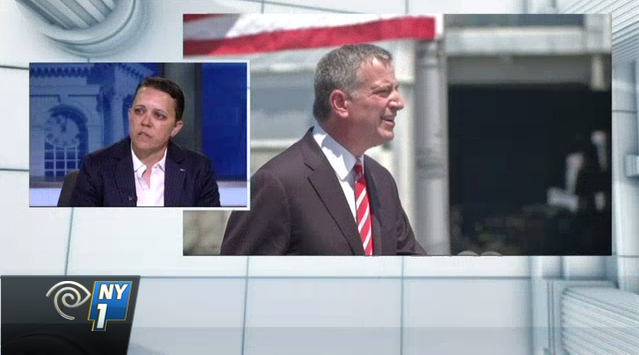 The NYC Veterans Alliance, even as we’re still in the process of building this grassroots organization, has spoken out on these issues alongside Joe Bello, Paul Rieckhoff from the Iraq and Afghanistan Veterans of America (IAVA), and many other distinguished veteran leaders across NYC. Please take a look at our recent media appearances if you haven’t seen them already:

Last night we talked with NY1’s Errol Louis on “Inside City Hall” about these many opportunities Mayor de Blasio keeps missing out on, and how veterans are losing as a result: http://www.ny1.com/nyc/all-boroughs/inside-city-hall/2015/05/26/ny1-online--critics-discuss-de-blasio-administration-s-attention-to-veterans--issues.html

Recently we talked with The Daily Beast about Mayor de Blasio’s record on veterans: http://www.thedailybeast.com/articles/2015/05/14/de-blasio-s-new-plan-to-combat-inequality-stiffs-vets.html

To further address NYC veterans issues, we are planning a Forum on NYC Veterans Policy to be held at the New York Public Library on Tuesday, July 28, 6-8PM. The purpose of this event is to inform the NYC veterans community about the important work being done at the local level on a range of issues affecting veterans, as well as existing challenges and shortcomings, and practical solutions we can get behind. Make sure you register early for free admission, as we expect this to be well-attended: http://www.eventbrite.com/e/forum-on-nyc-veterans-policy-tickets-16804882857

Stay tuned for more news and developments, and please help spread the word about the NYC Veterans Alliance by encouraging others to subscribe to www.veteransalliance.org and by following us on Facebook at https://www.facebook.com/NYCVeteransAlliance.