by Ksenia Voropaeva and Molly Pearl 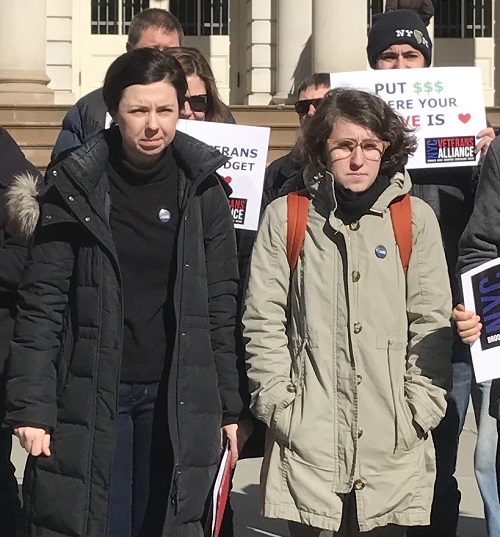 In January, we selected six veterans and one veteran spouse & caregiver as Fellows in our Get Ready to Run program and brought them to Washington, D.C., for four days of intensive training on how to run for elected office. This is a year-long Fellowship, and our Fellows continue to be involved and grow as leaders and advocates. Some of our Fellows were part of our Lobby Week last month. Here’s what two of them had to say about it:

A month after taking part in the Get Ready to Run Fellowship in Washington D.C, I found myself on the steps of NYC City Hall on a cold February afternoon, reciting a speech I had carefully written the night before. I attested to the discrimination I had experienced using the G.I. Bill stipend when no landlord recognized the stipend as income. I talked about how the dream of owning a home at this point seems unreachable to me, and to so many veterans of my generation. The effort was part of Lobby Week, an intensive week of rallies, advocacy briefs with Council Members, media outreach, and legislative lobbying on behalf of veterans.

One of the lines in my speech said, “This is not the time to decrease Department of Veterans’ Services budget while the nation is still at war.” That line spoke to people. The crowd cheered and applauded. I was trembling from the cold and the rush of the new experience. A sense of authority came over me on an issue that I have been carrying with me for over two years.

Before becoming a Fellow, I had been alone in trying to figure out a way to tackle this issue. My only way forward was to personally educate landlords, property managers, and rental agencies about my earned benefits one on one. It’s slow and frustrating, and I’m not alone in feeling this. The housing crisis doesn’t just affect veterans, and as a graduate student at Milano School of Public engagement it is my aspiration to one day be a voice for many communities experiencing housing discrimination, displacement and inequality. The advocacy platform of NYC Veterans Alliance and the Get Ready to Run program is a way to address veteran related issues head-on and grow as a future community advocate. 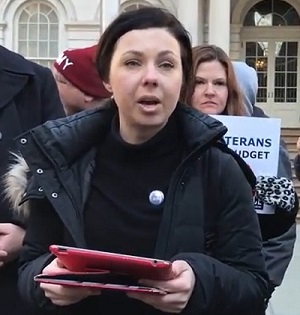 In addition to the skills I received in January like fundraising, media relations, and strategic planning, the GRTR Fellowship has provided me with a network of like-minded, civically engaged change makers as well as access to the legislative process.

Back at Lobby Week, after a late lunch, we sat down with the chair of the Committee on Veterans, Council Member Eric Ulrich, in his office overlooking the city. We heard firsthand about the legislative process in NYC government, and received an update on the four bills the Alliance is advocating for. He was excited about what we were doing. “I can get support for this,” he said. “We can make this happen."

Our cohort of six veterans and a spouse and caregiver are demonstrating that veterans are woven into the civil society of this nation by participating in the democratic system we raised our right hand to defend. We are active, we are present, and we are here to be the public servants we have been trained to be.

I will be the first to admit that when considering the idea of running for public office, my immediate reaction is, “no thank you!” I am among a growing generation that enjoyed access to the internet at a relatively young age. In our era of decreasing privacy, where every tweet can amount to a PR nightmare, the idea of someone finding my Xanga account, or worse, my Myspace page, full of teenage angst and references to nu metal bands, is enough to turn me off from seeking any sort of public platform. More than that, I find myself busy enough with my day job as the Program Manager for Service Together, an initiative that works to bridge the military-civilian divide. Add on to that my role as caregiver for my husband, an Army veteran, and I can’t imagine finding the time to build a campaign.

Yet, I believe that political engagement lies at the core of being a responsible citizen. I regularly write my congresspeople, sign petitions, and devour the latest updates on upcoming bills and policy initiatives. So when applications opened for 2017’s Get Ready to Run program, I thought, Why not? It was an opportunity to network with other politically-minded individuals in the veterans space, to travel to Washington DC and meet my elected representatives, and to gain knowledge that demystifies the process of running for office. 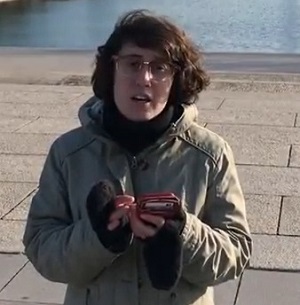 I joined 2017’s cohort with the intention of “testing out” what it would be like to run for office. Over the course of four days, I saw the good, bad, and ugly of running for office, from failed campaign messaging, to the break-neck pace of fundraising, to the incredible opportunity being an elected official gives you to change the lives of your constituents. I left with invaluable insight, tools, and the support of six inspiring cohort fellows. I apply the knowledge I gained as a fellow in my everyday work, from writing grant applications and fundraising for my program, to planning a social media campaign around the launch of our new blogging initiative. I feel more in-touch with my veteran and military family community back in New York, and I’ve gained the confidence to get involved. Am I ready to announce my campaign? Not quite yet-- but I do feel that I have the right foundation to make an informed decision if that time comes.

Just last week I had the opportunity to sit down with NYC Council Member Joseph Borelli as part of the NYC Veteran Alliance’s Lobby Week and “Love Our Veterans” Rally. I told Councilman Borelli about the housing discrimination my husband and I faced because of his status as a disabled veteran. I urged Councilman Borelli to support Int. 1259 which would include Veterans as a protected group under NYC human rights law. He was receptive to this message, and although we were just a group of veterans and family members sitting in a small office, this felt like getting the work done.

Becoming a fellow with the NYC Veterans Alliance Get Ready to Run program is about more than building a platform to run for office. It’s about investing in our own community, right here in New York City, and making sure that the voices of veterans and their family members are heard. Now, more than ever, we find ourselves at a crossroads in our country and within our political system. We need the voices of everyday Americans, those who understand what it means to serve selflessly, to step up again and lead us forward. Get Ready to Run is an opportunity to make that happen.