Veteran Suicide Remains a Crisis in NY and US 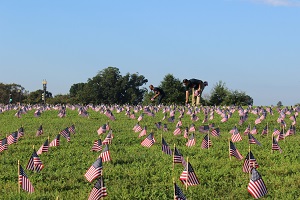 In late September, the U.S. Department of Veterans Affairs (VA) released national and state-level findings from its most recent analysis of Veteran suicide data, from 2005 to 2016. Key points include:

-- An average of 20 current or former service members die each day—a rate of 30.1 per 100,000. This is more than twice the rate of our civilian counterparts.

-- Of these 20 veteran suicides per day, six have received recent VA health care and 14 have not.

In the State of New York, the rate of veteran suicides is 19.0 per 100,000—significantly lower than the national average. This also corresponds with New York having an overall lower suicide rate (general population) than the national average. But it must be noted that New York’s veteran suicide rate of 19.0 is significantly higher than rate of suicide for New York's general population, which is 10.4.

What this new data makes clear is that veteran suicide continues to be a crisis in New York as well as the U.S. as a whole.

There isn't clear data on the precise reasons for the trends and rates we are seeing in veteran suicide in New York or nationally. But the following may be significant contributing factors:

Problems Accessing VA Healthcare. Nationwide, roughly half of veterans access VA healthcare, but more than 2/3 of veterans who committed suicide were identified as not receiving recent VA healthcare. Veterans may not be able to access care, as in the case of a 2015 report of more than 300,000 veterans dying as they waited for a deeply flawed VA system to process their enrollment. Despite recent reforms and expansion of VA mental healthcare, there remains a critical staffing shortage at VA and we’ve seen service reductions locally because of staffing shortages, inoperable equipment, or inadequate facilities.

Contending with Homelessness. Veterans with a history of homelessness are five times more likely to attempt suicide. Continued efforts to end veteran homelessness by providing VA services, financial assistance, and housing vouchers will not only ensure veterans find permanent housing—they will also reduce the number of veteran suicides.

Chronic pain and opioid dependence. High risk factors for suicidal ideation are prevalent among individuals living with chronic pain, and it is likely that overdoses may often be intentional and not merely accidental. Opioid prescriptions have been reduced by VA since 2014, but VA Choice providers may not be adhering to the VA’s standards of reducing opioid prescriptions. Veterans are twice as likely as non-veterans to die from accidental overdoses of opioids.

Denial of MST Claims. Despite there being a clear correlation between military sexual trauma (MST) and depression, PTSD, and self-harm, a recent report showed that the VA wrongfully denied more than 1,300 veteran claims of MST within a 5-month period last year, keeping them from receiving services and benefits to which they should otherwise be entitled. This points to larger systemic problems with the processing of MST claims by the VA.

What Can We Do?

Recognize Red Flags. Hopelessness and loss of purpose. Risky behavior. Frequent anger or sadness. Neglecting personal welfare. Read through and keep fresh in your mind the signs you might be able to pick up on to see a buddy or loved one might be at risk. See them HERE.

Take a Self-Check (or Buddy Check) Quiz. The Veterans Crisis Line offers an anonymous and fairly short screening tool that assesses your (or someone else’s) risk factors. Take the quiz to get an assessment of where you stand with your risk factors. It takes only a short period of time to receive the assessment upon completing the quiz. Find it HERE.

Get Preventive Mental Healthcare. If you knew you were in a population group at high risk for a fatal illness—would you get a preventive screening or treatment? Veterans and families can get ahead of risk by seeing providers who can help talk through everyday stresses as well as conditions like traumatic brain injury (TBI) or PTSD. VA hospitals and Vet Centers can offer important preventive help, and non-VA providers like the NYU Langone Military Family Clinic and NY Presbyterian Military Family Wellness Center offer free and confidential services for veterans and their loved ones.

Get Help (or Help a Buddy Get Help) Before a Crisis. Living in New York can be hard, and it’s even harder for veterans and families who feel displaced by deployments or misunderstood by civilian society—compounded by legal problems, trouble accessing VA care or benefits, or problems finding stable employment and housing. See our GET HELP page for a list of resources, and our Affordable Apartment Primer for resources on NYC apartments.