A Suicide Not Taken: My Own 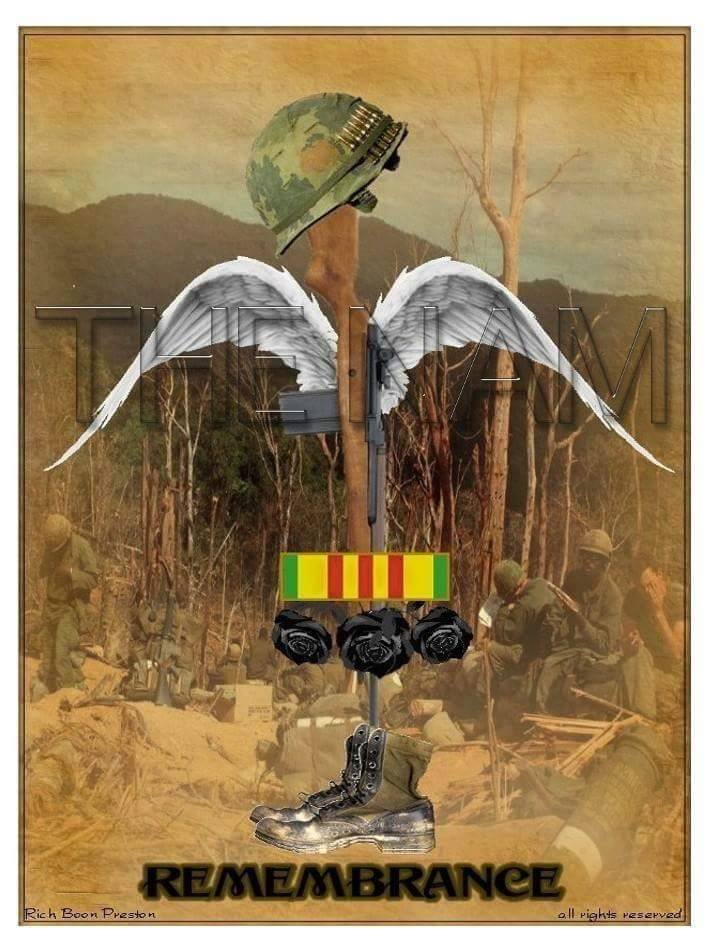 I encountered my first Veteran Suicide in 1970 when my combat partner, Butch, rode his Harley off a cliff in upstate New York. At his graveside, his young wife screamed at me: "You were his best friend, where the fuck were you?" It was less a question than a pointed accusation.

Not a day goes by that I do not see my Team RWB friends do 22 push-ups to bring awareness to the alarming rate and number of SUICIDES by VETERANS. A new study by the Department of Veterans Affairs using a more detailed methodology has placed the "number" at an average of 20 per day and has more clearly detailed the general demographics behind this number—highlighting frightening increases in female Veterans and once again noting that the majority of SUICIDES are MEN OVER 50.

Now we are also told that the VETERANS CRISIS HOTLINE has been underfunded, poorly trained, and ineffective.

Will we now only do 20 push-ups? This is not meant to impugn the heartfelt motives of all those that "drop and give 22." And it does RAISE AWARENESS—as I have seen many many passersby stop and ask “why.”

As a dear friend of mine would say when I was in the First Mentor Cohort of Battle Buds: "WE ARE GOING ON THE OFFENSIVE IN THIS WAR ON SUICIDES.”

What we do not read about these days is the stories behind these Veteran Suicides. We seek answers but have no real personal data. A lot has to do with maintaining the privacy of the family, and I respect this.

What I CAN and WILL NOW DO is take the very personal step of outlining A SUICIDE NOT TAKEN: MY OWN. I do this as my small contribution to the AWARENESS CAMPAIGN since my lack of arm and upper body strength preclude my doing any number of push-ups.

Over the last five years I have had three small strokes—the first two of which forced me to leave my job as Veterans Program Director at Samaritan Village—removing much purpose from my life, though I remained somewhat active in smaller venues. Coming quickly in succession was kidney disease, prostate cancer (treated with radiation and chemotherapy), followed by radiation proctitis and radiation cystitis, which has led to numerous surgeries along with a major tubal re-implantation. Over the last 38 months, I’ve only been able to urinate by catheterizing 5 to 6 times per day. This has made my quality of life feel unbearable. I have been told that all of this will only get worse. There is not a day that goes by that I do not consider the possibility of ending my life, especially when I project out to the day when I will no longer be capable of taking care of myself.

I remain as active as I can in a very limited comfort zone. Some see me as strong and resilient—a few know the inner turmoil of my life. I do not believe I am unique and I know that some consider me "lucky" in that "there are many worse off" than me. I sometimes reflect on this.

Lately I do feel that I am becoming a burden to my close friends—this manifests itself in many ways: acute sensitivity, neediness, and argumentativeness.

So if I were to take my life it would go down as a Veteran Suicide, but what does that tell anyone? Yes, I am a Veteran and yes, these afflictions are the result of my exposure to AGENT ORANGE 50 years ago—but so what—really SO WHAT? I am not special.

AND NOW, what is it that has prevented me from saying FUCK IT ALL—THIS SUCKS? Several reasons:

A small group of young friends who I can count on almost every day to stay in touch and who allow me to have a meaningful role in their lives. It is sometimes enough and sometimes not enough—some understand and some don't.

Some hope that I may relocate to be near the small family that I remain in touch with and to see, for a while, my youngest grandson grow a bit and to see my oldest grandson marry. And to see my son-in-law (who is more like a son and who lost his dad in THAT WAR) and his lovely wife more often. This relocation is for me a logistical nightmare.

Some hope that if I do not relocate I will find some meaning up here—but I doubt it—all that there is up here is convenience to continue to be "comfortably uncomfortable" and to delude myself with magical thinking.

And the existential fear that a SUICIDE MAY FAIL or that there really is some awful fate waiting after death—who knows.

I write this because in some small way I want to shed some sunshine of reality into a dark area and perhaps add to the question of what are the signs, and what, if anything, can be done.

I say again that I am not special because I am a Veteran—I am just another old geezer on his way out—living in the days of past glory.

The main thing that has kept me alive these past 27 months is Team RWB and a big handful of teammates—Vets and Civilians.

It is not enough TO BE STRONG ENOUGH TO STAND ALONE—YOU MUST BE BRAVE ENOUGH TO ASK FOR HELP.

And for as long as you can: MAKE YOUR LEGS MOVE EACH MORNING DESPITE THE UNKNOWN.

Bob Raphael is a Vietnam Veteran and currently serves as Advisor Emeritus and Policy Fellow of the NYC Veterans Alliance.