Will Robert Wilkie Support ALL Veterans? 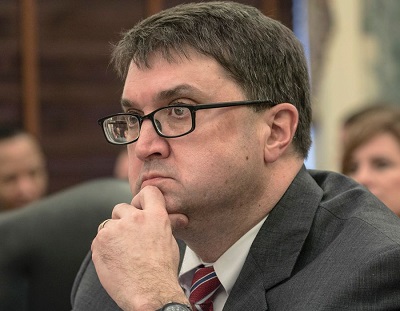 Today the president's nominee for the next Secretary of the U.S. Department of Veterans Affairs, Robert Wilkie, appears before the Senate Veterans' Affairs Committee, and we raise concerns about his nomination based on information about Mr. Wilkie that has come to light in the media over the past 24 hours. We hope to hear today from Mr. Wilkie that he sincerely supports ALL veterans--regardless of race, religion, national origin, gender, gender identity, sexual orientation, or other characteristics that are fundamental to veterans' personal identities. Veterans need to know that the VA, from the top down, is ready to provide quality, bias-free care and benefits for all those who have served our nation.

News about Mr. Wilkie's charged political past is concerning. He has defended public displays of Confederate symbols--which have often been used by individuals and organizations with the intention of intimidating or causing harm to people of color in the United States. Mr. Wilkie has also in the past aligned himself with anti-LGBTQ politicians and causes. More recently, Mr. Wilkie spearheaded the implementation of a new ban on military service by individuals who are transgender--a reversal of policies that had already been painstakingly put into place by the U.S. Department of Defense to ensure that transgender troops could serve openly without impact to operations.

Our members overwhelmingly support transgender troops and veterans and stand with them against discrimination. Our members overwhelmingly support equal treatment and inclusion of all veterans, and we stand against discrimination based on race, religion, national origin, gender, gender identity, sexual orientation, or any other reason. Veterans deserve full access to quality care, services, and benefits--period. Without bias, without fear of harassment or discrimination.

As we continue the fight to keep the Brooklyn VA Medical Center fully operational--now more than ever we need VA leadership that inspires confidence in all veterans that we will be able to access the care, services, and benefits we've earned. We must hear from Mr. Wilkie that he supports ALL veterans and will not operate with discriminatory views.