Talking Back at "Our Trojan War" at BAM

Throughout our history, the voices of our veterans and families have been essential in conversations on American democracy, governance, and the role of everyday Americans in protecting and preserving our values and systems of civil society. This is why we're proud to partner with the veterans and civilians of Aquila Theatre and The Warrior Chorus in their NYC production of Our Trojan War.

As part of our Civic Engagement program, we're organizing and leading "talk back" panels following each performance of this important and timely exploration of ancient and modern concepts of democracy, freedom, leadership, and citizenship. The play itself was crafted by veterans, and veterans are among the cast members. Our talk back conversations will be interactive with the audience on themes of the play. Please join us for these special performances and conversations with veteran artists, activists, and leaders! Ticket information is below. 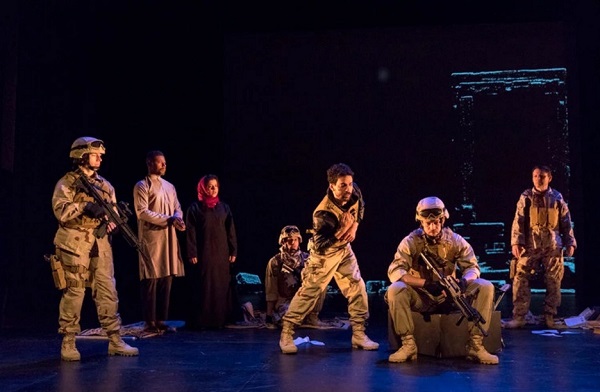 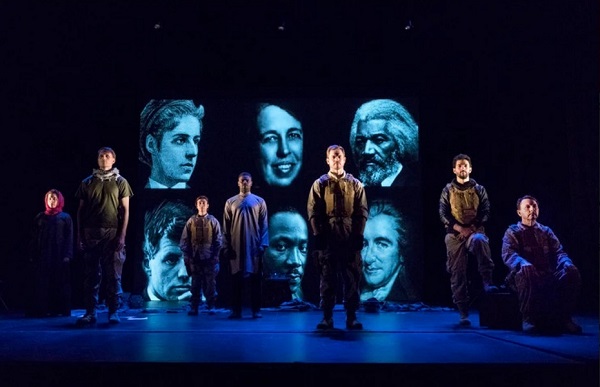 Our Trojan War, a group of US soldiers are sent on a mission to search a home in a remote village of the Middle East, but when a cache of hidden books of some of the world's most renowned ancient text is discovered questions quickly rise among the soldiers - “What is our Trojan War today? What enemy must we fight for to preserve our freedoms with a culture that seems to be growing ever more autocratic and repressive?” Leadership, justice, knowledge, the marginalized, and democracy as a whole are all explored through the dynamic staging of a mix of ancient works set against the modern-day experiences of war.

Our Trojan War will be presented at The BAM Fisher (321 Ashland Place) for a strictly limited engagement from April 19, 2017, through April 23, 2017, according to the following schedule: Wednesday, Thursday and Friday at 7:30pm; Saturday at 2pm & 7:30pm; and Sunday at 3:00pm. General admission is $45, however a reduced ticket price of $22.50 is available for veterans, first responders, and student groups of 10 or more.

Tickets for Our Trojan War are now on sale, and can be purchased online at www.bam.org/aquilatheatre. 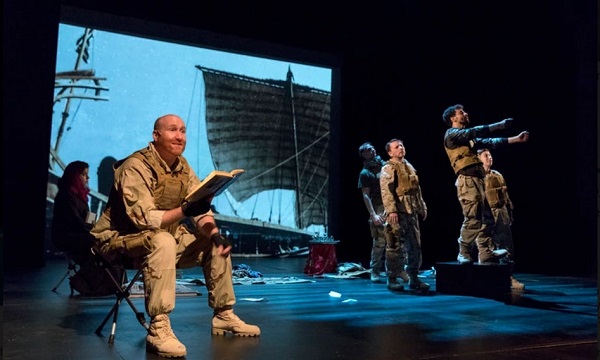