A Conversation on Service-Driven Political Leadership will kick off the NYC Veteran Candidate Workshop, Taking Place in the Heart of Manhattan in Partnership with Veterans Campaign and Civic Hall

NEW YORK - April 20, 2017 -- NYC Veterans Alliance, a nonprofit and nonpartisan organization that empowers military veterans and their families to become politically active, in partnership with Veterans Campaign, a nonpartisan, non-ideological organization whose mission is to encourage, mentor, and prepare veterans for a “Second Service” in civic leadership, and with Civic Hall, a collaborative civic innovation center that advances the use of technology for the public good, are hosting “A Conversation on Service-Driven Political Leadership” on Friday, April 28 to kickoff their 2017 NYC Veteran Candidate Workshop at Civic Hall, 118 W. 22nd Street, New York, NY.

NYC Veterans Alliance today announced the Honorable Charles Rangel, Korean War veteran and one of the longest-serving members of Congress, and the Honorable Patrick Murphy, the first post-9/11 veteran to serve in U.S. Congress, former MSNBC host and contributor, and recent Acting Secretary and Undersecretary of the U.S. Army, will be headlining this event, which will be open to the public. As veterans who have served in U.S. Congress, Murphy and Rangel will lead an evening of conversation on service-driven political leadership discussing their experiences as candidates and public officials, and the importance of veterans serving in elected office. 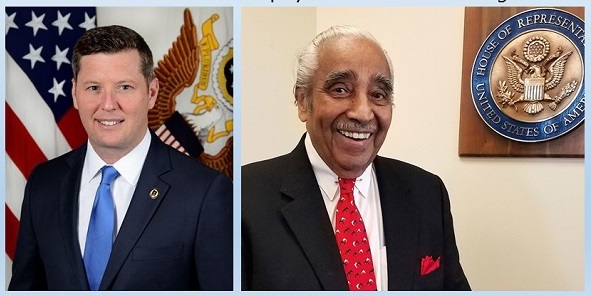 “We are excited to host this kickoff event and the first-ever NYC Veteran Candidate Workshop with our partners Veterans Campaign and Civic Hall,” said Kristen Rouse, Founding Director of NYC Veterans Alliance. “Attendees have the opportunity to enjoy a unique event, a conversation between the Honorable Charlie Rangel and the Honorable Patrick Murphy on their experiences serving our country. I invite you to come to our open event on Friday, April 28th, to hear from these two leaders in person while meeting our workshop participants.”

Following the kickoff event, the two-day NYC Veteran Candidate Workshop will train and prepare select veterans and spouses to run for political office, honing their drive to continue their service to our nation in an elected office. This intensive two-day “political leadership boot camp” for accepted candidates will teach the basics of campaigning, such as preparing to run, fundraising, media relations, and field operations, as well as veteran-specific subjects such as communicating your service record and building a veterans coalition. Instructors will include senior government officials, leading academics, political operatives, and veterans currently serving in elected office.

To attend the public event on Friday, April 28, 2017, please register at https://murphy_rangel.eventbrite.com. For additional information on the program and sponsorship opportunities, please contact Olivia Meier, Director of Operations & Development, at [email protected].