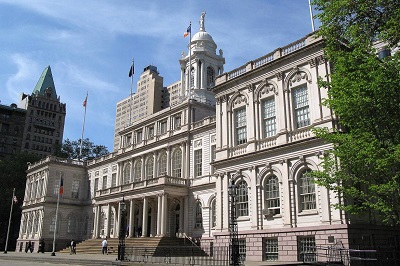 On Monday, October 2, the NYC Council held an oversight hearing on the NYC Department of Veterans' Services (DVS). We offered testimony assessing the progress and budget of DVS for FY 2017 and the current FY 2018 budget year. Despite much needed and encouraging growth, our overall assessment is that this richly funded agency has demonstrated disappointing lapses in its basic responsibilities and is as yet failing to fully deliver on programs that highly paid staff have been working to deliver for many months.

For specifics, please see the testimony below of our Founding Director.

My name is Kristen Rouse. I served for more than 20 years of combined service in the United States Army, Army Reserve, and the New York Army National Guard, which included three tours of duty in Afghanistan. I am here today to testify on behalf of the NYC Veterans Alliance, a member-supported, grassroots policy advocacy and empowerment organization serving veterans, servicemembers, and their families across the New York City metropolitan area.

The NYC Veterans Alliance was a key advocacy voice in the creation of the Department of Veterans’ Services (DVS) as an independent agency, and we have been the premiere community voice advocating to grow DVS’s budget to the current $4.4 million allotted for FY 2018. Our membership strongly supports our continued work to set high expectations for the role of DVS in NYC and beyond, and there is much to be optimistic about as DVS continues to build a staff of impressive professionals and to continue its impactful work like the tracking and coordination of care and permanent housing for homeless veterans. But we must emphasize before our city’s leaders that there is much more yet to be done. As we approach the two-year mark from the announcement that the agency so many of us advocated for would become a reality—DVS has lagged behind in its ability to serve its chartered mission and yield results that are appropriate given the tremendous investment that our community and city taxpayers have made.

DVS has billed itself as a startup, which, while initially a helpful illustration of the groundbreaking role of this new agency—nevertheless over time has become an excuse for its shortcomings. As a contrast, the NYC Veterans Alliance is an actual startup—and my team members in the room can tell you about the sacrifices they’ve made to make tremendous impacts on a very limited budget. We have worked tirelessly to provide our community with information and to advocate for results and accountability from DVS and other government agencies. We’ve influenced a number of local laws and our members were key to the drafting, introduction, and passage of Intro. 1259, which will go into effect this November to protect veterans and military members from housing and employment discrimination here in our city. We have also trained and supported our membership as they enter the arena of public service. And we have done so only because of the support of some five hundred members and donors who have believed in our ability to get results. Meanwhile it is frustrating to see that the agency we worked so hard to create appears to be vastly bloated in budget dollars in comparison with the results it has borne for our community.

As specified in this year’s budget, a third of DVS’s staff are in a salary range earning more than $100,000, placing them within the top-earning 11% of city employees. As the head of DVS, Commissioner Sutton oversees a staff of approximately 35, which is only slightly less than the commissioner of the FDNY, who oversees more than 14,000 personnel. This simply isn’t the budget or salary range of a startup—and it sets a very high bar for our community’s expectations of high performance and solid, measurable results showing how our city’s approximately 220,000 veterans are being served appropriately. Below we list a few of the areas where we see DVS lagging to meet its responsibilities:

- Flags provided by DVS to veterans organizations for placement on veterans’ graves this year for Memorial Day were reduced by approximately 1/3.

- DVS’s Facebook page was down for the duration of several weeks between late May and early July of this year, effectively halting its digital outreach to thousands of followers.

- As of this morning, no minutes of Veterans Advisory Board (VAB) meetings have been posted on the DVS website since November 2016. The link to recent video of meetings is a broken link.

- Three of the 11 VAB members, as currently listed on the DVS website, have terms of service that have expired, and two more are scheduled to expire next month. There has been no public statement on how veterans might apply for these appointments or reporting of how these individual members have served our community by appearing on this board.

- We have yet to see official reporting of data on city agencies serving veterans, which was mandated by local law in early 2015, and DVS has not yet reported on data and metrics for veterans being served by agency outreach specialists and how DVS’s outreach program is integrated into the VetConnectNYC program, which received funding last year, and this year is funded to a tune of more than $800,000.

- Emphasis on Theater of War, which is a $1.3 million program funded and run by a non-governmental organization, but that DVS is spending an inordinate amount of staffing and resources to plan, promote, and execute with many organizations around the city that do not explicitly serve veterans. This program also has not yielded clear metrics of any kind for the NYC veterans community, and appears to be a diversion from its chartered mission and responsibilities.

Just as investors in startup ventures need to see a detailed accounting of the outcomes they are getting for each dollar spent, NYC taxpayers should be asking the same.

We again recommend, as we did earlier this year, that DVS put into place a chief contracting officer to manage city funds being provided to community organizations serving veterans. We further recommend that DVS appoint personnel to manage the growth and function of a fully-fledged city agency, to include experienced staffing to appropriately manage procurement and human resources to ensure that the agency is fully capable in managing the business of a city agency. Furthermore, DVS must serve as a model for all other city agencies and offices in its employment practices and fostering career growth for veterans, including those with disabilities, and members of our National Guard and Reserve.

The funding is there, and has been there for DVS to focus on growth strategy, management, and producing quantifiable, lasting results for our community as a fully-fledged city agency. We look forward to continued dialogue and partnership with the agency as it continues to grow and work toward this end.