Run for Your County Committee! 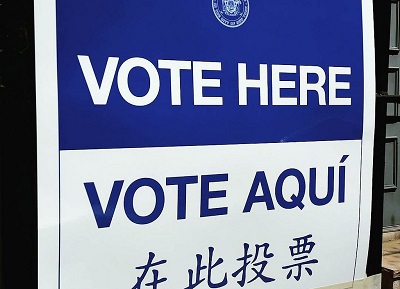 The NYC Veterans Alliance encourages members of our veterans community--veterans, family members, and civilian supporters alike--to get active as civic leaders in neighborhoods across the five boroughs. Especially if you live in Brooklyn, Queens, and the Bronx, you have a unique opportunity this year to make democracy work better in your community by running to serve as a member of your political party's County Committee.

County Committees are the basic building block for political governance in NYC and were originally created so that New Yorkers can have a real say in their political parties. But they are only as effective as the energy and enthusiasm that we, the people, put into making them work for our communities.

Are you ready to make democracy work better in your neighborhood?

How Do County Committees Work?

The largest national parties (Democrats and Republicans) are mandated by the state to have a committee of party members in each of New York’s 62 counties. In NYC, there are separate County Committees for each party in Kings, Queens, Bronx, New York, and Richmond Counties.

The full County Committee is made up of 2 to 4 members elected from each Election District (that’s the 1-3 block area in your Assembly District that decides your polling place). When all the seats are filled, each of the County Committees in New York City can have thousands of members. But currently a large number of those seats remain unfilled.

Though largely unknown or taken for granted, County Committees are a key component of political governance here at the local level. The members of the Committee have the power to decide who will lead their political party locally, help create their party's platform, choose local judges, appoint candidates when an elected official vacates their seat before the end of their term, and choose which candidate the party will run for local office in certain special elections.

Barring special meetings, county committees meet once every two years, so this is not a full time job. But the position of County Committeeperson is what you make of it – this could be your opportunity to be a leader in your community and make democracy more transparent and effective for the 700-1000 people in your election district.

How Do I Run for County Committee?

First, you must be a registered member of either the Democrat or Republican Party and live in one of the boroughs holding elections for County Committee. (In 2018, this will be Brooklyn, Queens, and the Bronx.)

-- Click HERE to print and mail in your voter registration form

Second, you'll need to locate your Assembly District and Election District (on your voter registration card, or you can look this up HERE), and work with a local political club to identify County Committee seats to run for in your Election District. (You'll be surprised how many vacancies there are!)

Third, you’ll need to collect petition signatures to get your name on the ballot as a candidate. Depending on the particular election district, County Committee candidates generally need 25-40 valid signatures on their petitions. Petitioning is a great way to get to know your neighbors, learn about their concerns, and show your stuff as a rising civic leader dedicated to making your community better. Often, people will be happy to sign your petition once you take a few minutes to explain who you are and what you’re doing. Petitioning starts on June 5th.

In April and May 2018, the NYC Veterans Alliance is holding orientation sessions and training on petitioning to advance our members as rising civic leaders. If you're ready to step up as a candidate, want to help other members running as candidates, or just to learn more--join us as a member and reach out to [email protected] to get looped into these important sessions!