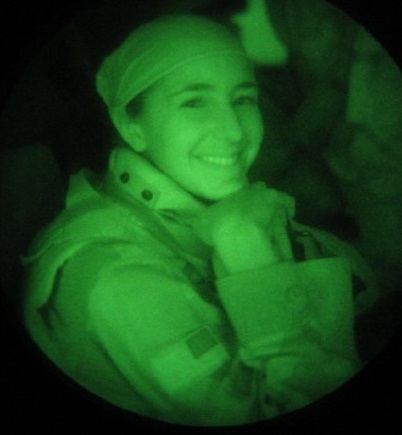 Before they shut off the lights for 2016, Department of Defense went through one last round of research funding assessments and shelved a few pieces of technology they felt were underperforming. One of the projects not making the cut were blast gauges mounted on helmets of combat troops, intended to monitor blast wave pressure in roadside bombs.

No surprise. I do have a hilarious “lessons learned” from 2005 of “never fire an AT4 indoors,” but the actual story is immaterial. We knew that the weapons we were firing were bad for you even if they were fired near you. The saying “Back blast area clear” is not just for the heat that comes from the explosive launch, it’s for the pressure. That pressure, by the way, is strong enough to blow out a wall in a mud hut if you are a smidge too close, but I digress.

The data coming in was enough to say “being next to these weapons, or firing off too many rounds, these things might cause the same repeat injuries that football players are seeing.” It also collected roadside bomb results, but it was tough to distinguish from the repeat data.

Here’s something you learn in data science: sometimes the answer you get was not the answer you were looking for. But as long as the data isn’t corrupt, even if it isn’t exactly the data you were seeking, you can still use it. When you start research, you should be open to getting results you weren’t expecting, and tweaking the method if you need different information instead of stopping the study.

Instead, DoD just shot the messenger. They didn’t get results from enemy weapons, they got it from our own (and a little of the enemy), so they shelved the technology.

DoD should simply change the method. Take the gauges off Special Forces troops who fire weapons every day and put them on route clearance troops who fire less but receive impact more. Run data prior to and following missions to establish a personal baseline. If the data is too challenging to run that often, tweak the interface instead of putting a fully functional piece of collection equipment on the shelf. And for Pete’s sake use this information to find ways to mitigate other exposure.

Full disclosure: I have a personal connection that makes me particularly upset about the shelving of this technology. You see, in 2005 I was roughly 25 meters away from an 82mm round buried in a berm on the side of the only road leading from where my convoy was to where we needed to go. Shrapnel hit the truck, no major damage. The blast wave knocked me back in the seat because my body armor was too big and made me lean forward. I slammed my helmeted head on the metal plate behind me and was very briefly knocked out, or so the assumption goes since I don’t recall and was wearing eye protection (for once) and in the chaos no one knew. My ears bled a little, I was disoriented and didn’t know where I was or anyone’s name, and over time the symptoms only got worse instead of better. By the next morning, I had my first migraine of many to come.

But no one was studying blast wave injuries in 2005, so my symptoms (including darkening, doubling vision, vertigo, loss of some speech) were dubbed stress and I was sent to dismissive therapists. In 2007 a physician’s assistant finally listened to my story and sent me to an Army neurologist studying blast waves. She sent me for an MRI in early 2008, and shortly after I was sent to Walter Reed to repair a brain apoplexy triggered by the blast wave back in 2005 that was putting pressure on the brain from the center. I am still in and out of cognitive and physical therapy, and still have migraines at least once a week.

These little widgets could have measured the blast impact and, if compared to an individual baseline, understood pressure exposure. I would have received an MRI in 2005 instead of repeat trips to a therapist who told me I looked like his wife so I must be Italian (yeah, really… I’m not Italian. I also stopped going). I might have gotten the surgery years earlier, which would have put less pressure on the brain for years to cause permanent damage. Instead, I cost the military and VA likely hundreds of thousands in what will probably be lifelong treatment. Instead, this is my new normal.

So yes, Mother Army, this data wasn’t exactly what you wanted but it was informative and the device worked. Yes, Uncle Sam, this information might result in more VA claims as more people are diagnosed. But it would also result in earlier detection of TBI regardless of cause to reduce cases of permanent disability and establish standards for measurement, disability, and long-term care.

I’m stuck with this now, but the rest of us don’t have to be if we are willing to accept some hard truths from data we didn’t expect.

For some scholarly research on the topic, this team gave blast wave TBI to rats and measured distances and pressures.

Oh, and there is this opinion article from 2007 talking about the bubbles and cavities formed from a sound or shock wave and the lack of treatment and study options.