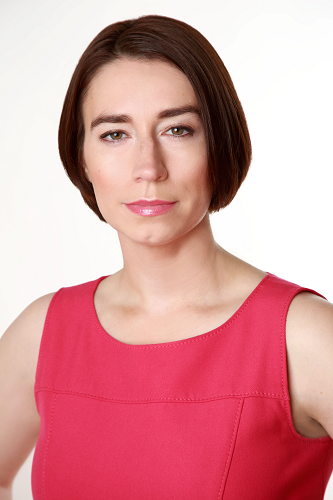 Nursing a sore calf as well as a persistently popping ankle, I lined up with my unit and we repeated a newly learned maneuver, burning it into our muscle memories. However, today I’m on stage, singing about fatigue and no longer shouting until hoarse on a firing range. I’ve traded in a fine layer of grit for dance heels and stretchy clothes. I gave 14 years of service to the U.S. Air Force—and my first big professional show post-active duty life... is a show about the military.

Frank Loesser (Guys and Dolls) wrote a series of four musicals called Blueprint Specials when he was drafted into the Army during WWII as a way to boost the morale of the troops all over the world. There are jokes and songs about basic training, daily military life, and missing home. Everything was packaged in a thick booklet: the script, orchestrations, choreography, and the blueprints to create the set and costumes. There are records of the first productions—even the New York Times wrote a review—but then they were sort of lost to history. When we perform them in January at the Intrepid Sea, Air & Space Museum, it will be the first time in 70 years anyone will have experienced them.

When I came to New York City to study acting four years ago, it wasn’t because of the 220,000+ veterans living here. It didn’t occur to me there might be others like me who didn’t fit the preconceived mold of the logical, practical leaders that society thinks we all are. We’re not all heroes, we’re not all damaged, and we all have very different needs and strengths. The only way to learn that about us is to ask.

I consider myself very lucky that my acting program had two other veterans in it. We started to hang out and create theater together. Soon we found other veterans living in New York City who were just as odd as us: those who were actors, singers, dancers, writers, producers. Maybe we weren’t so weird after all.

2016 saw me completing my BFA in Acting and I took my first steps out of the Post 9/11 GI Bill safety net the military had created for me. I am now truly on my own... in a sense. I may have left my active duty unit behind me, but in the past four years I’ve created a network of strong and amazing veterans, friends, and mentors. They’re people who can give you a hand up when you need it, or put you in contact with someone in the same field as you.

Which is how I came to be in Blueprint Specials. One of the veterans in my network was looking out for me and linked me up with the director ahead of auditions. “You ought to be aware of this. I think you’d be great in this,” he expressed to me.

And that’s kind of how things have gone for me this year. The network I’ve been building has been producing amazing fruit. I never thought anyone would hire me to play a veteran. I don’t look like the veteran “type.” I think I could believably play a scientist or a politician or a mom on stage or television—but a veteran? Nah. But I’ve put three such productions on my calendar for the next six months, one of which is Blueprint Specials.

I’m not the only veteran in the diverse cast of Waterwell’s Blueprint Specials revival and that’s what makes it really special. Tony nominees, Broadway regulars, and talented members of each branch of the military comprise a unique blend that transcends the military-civilian divide. We even had a “hell day” during rehearsal in which our friendly neighborhood drill sergeant arrived to shake us up and bring us together. I value all the friendships and new connections I’ve made during the rehearsal process and look forward to sharing the show with the public next month.

Blueprint Specials, presented by Waterwell, will take the stage at the Intrepid Sea, Air and Space Museum from January 6th through 11th. Learn more about showtimes and tickets here.