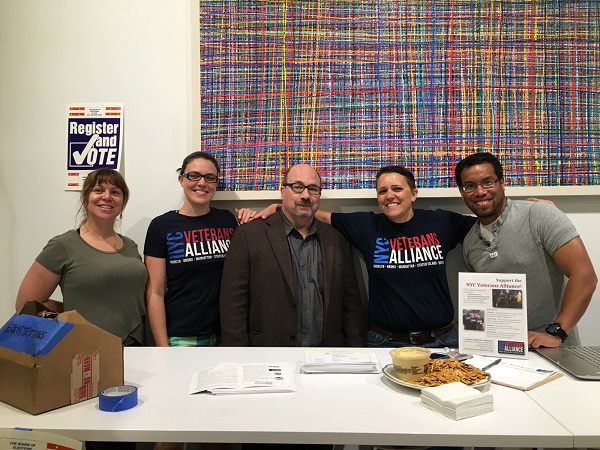 At our Holiday Mixer on December 17, 2018, we honored Craigslist founder and philanthropist Craig Newmark as our 2018 Champion Sustainer. This year, Craig renewed his support for the NYC Veterans Alliance with a landmark sustaining gift of $150,000, which has made a profound impact as we grow into our fourth year of connecting our community and advancing veterans and families as civic leaders in NYC and beyond.

On my first deployment to Afghanistan in 2006, I served with 10th Mountain Division’s Sustainment Brigade. We were supporting missions of warfighters in Afghanistan’s eastern mountains and border areas. This was a time when the Army's divisions were newly reorganized into brigade combat teams, and the concept of a sustainment brigade was something new. In the months before our deployment, our brigade commander would take every opportunity to drill into us what we were. This is what he had us memorize by heart, and say along with him: 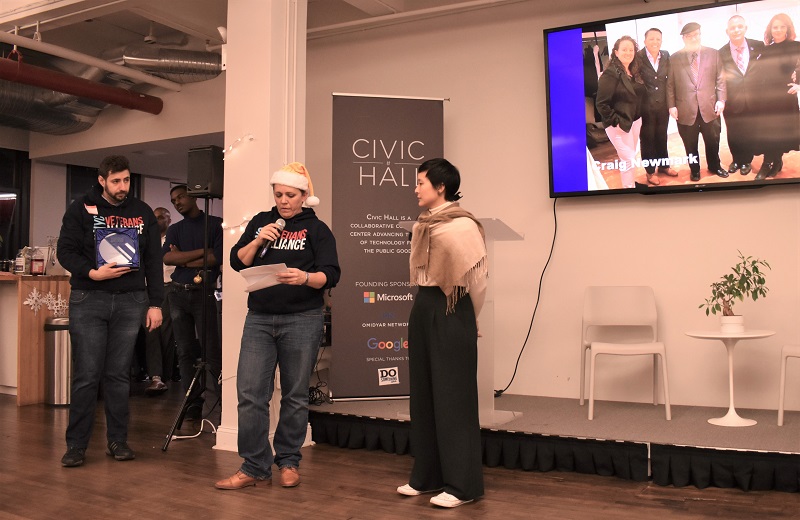 We are warfighter logisticians and sustainers, prepared to give the shirts off our backs and boots off our feet to sustain the fight. We will never say no, as long as there is one more gallon of gas to give, or one more bullet to give.

This is what was foremost in my mind as I worked my way through a long and difficult 12-month deployment as my unit and my brigade pushed everything we could to the warfighters who spent days and weeks at a time on foot patrols in the mountains bordering Pakistan.

This is also what is foremost in my mind when we call Craig our Champion Sustainer. Craig is a true sustainer—in the way that a sustainment brigade can expertly sustain divisions of soldiers engaged in a long and tough fight. Craig is who originally ensured veterans were a part of Civic Hall when it opened in 2015—which gave us a place to take root, find a community of true believers working in tech and advocacy to make government better, and create a highly effective organization working on a tiny budget. He’s funded our ability to build our small staff and have a place to call home, which has included training for us through Civic Hall’s Organizers in Residence Program. And last year he made a huge contribution of $50,000 that kicked off our “50 Bricks” Challenge to other donors who have signed on this year with gifts ranging between $1,000 and $7,000. 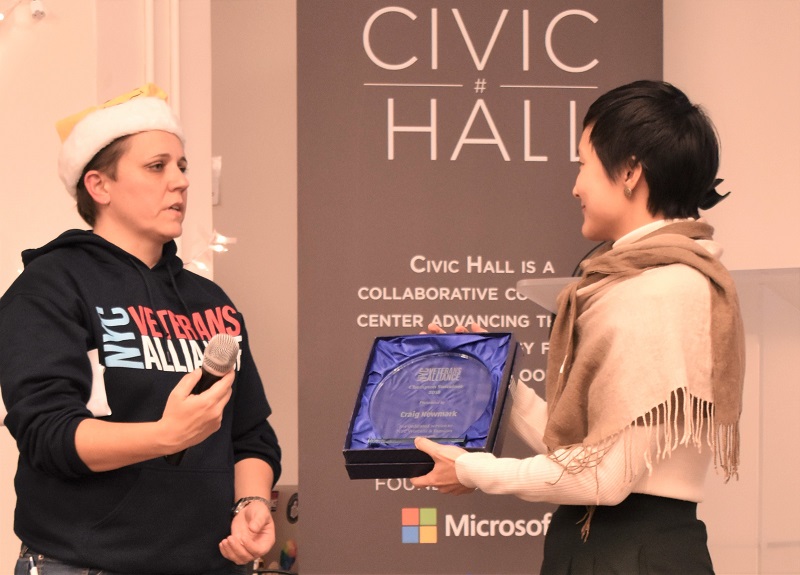 As the founder of a young nonprofit, I can tell you that the ups and downs that are part of the startup and scaling process can be profoundly challenging—and sometimes like it feels like there’s no ground under your feet as you keep slipping and falling. This year Craig made a gift of $150,000, which has let us finally feel the ground underneath our feet to keep building and fighting—and climbing mountains.

Fiona Teng, Director of Membership and Marketing at Civic Hall, accepted the award on Craig's behalf.