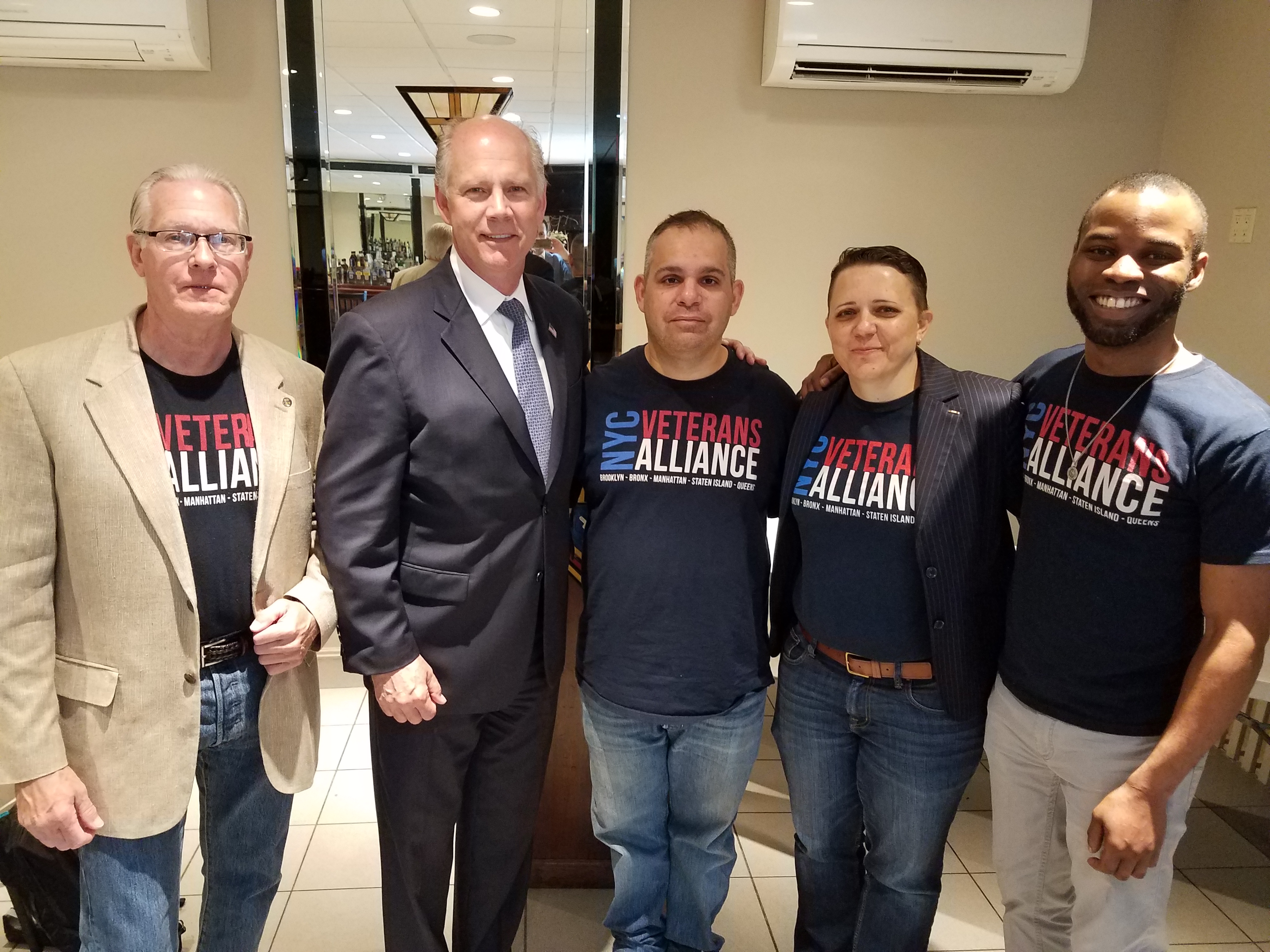 At our Holiday Mixer on December 17, 2018, we honored Congressman Dan Donovan as our 2018 Champion Advocate. As Representative of New York's 11th Congressional District, Congressman Donovan has held regular roundtables with veterans of his district and has also been quick to respond when veterans have raised concerns about the NY VA Harbor Healthcare System's Brooklyn Campus located in his district.

Fran Vella-Marrone, Brooklyn District Director for Rep. Donovan, accepted the award on behalf of the Congressman. Founding Director Kristen Rouse made these remarks:

Last year, when Congressman Dan Donovan’s office learned from the veterans community about a plan to close outpatient surgeries at the Brooklyn VA hospital, he and his staff immediately took action. Congressman Donovan was very responsive to the press release we put out, and he rallied Brooklyn lawmakers at the city, state, and federal level to push back and demand better for the veterans who rely on the Brooklyn VA. He pushed back hard again this year when we learned of more service reductions at the Brooklyn VA. Congressman Donovan has given his time, his energy, and most importantly, his compassion to advocating for NYC veterans and families. 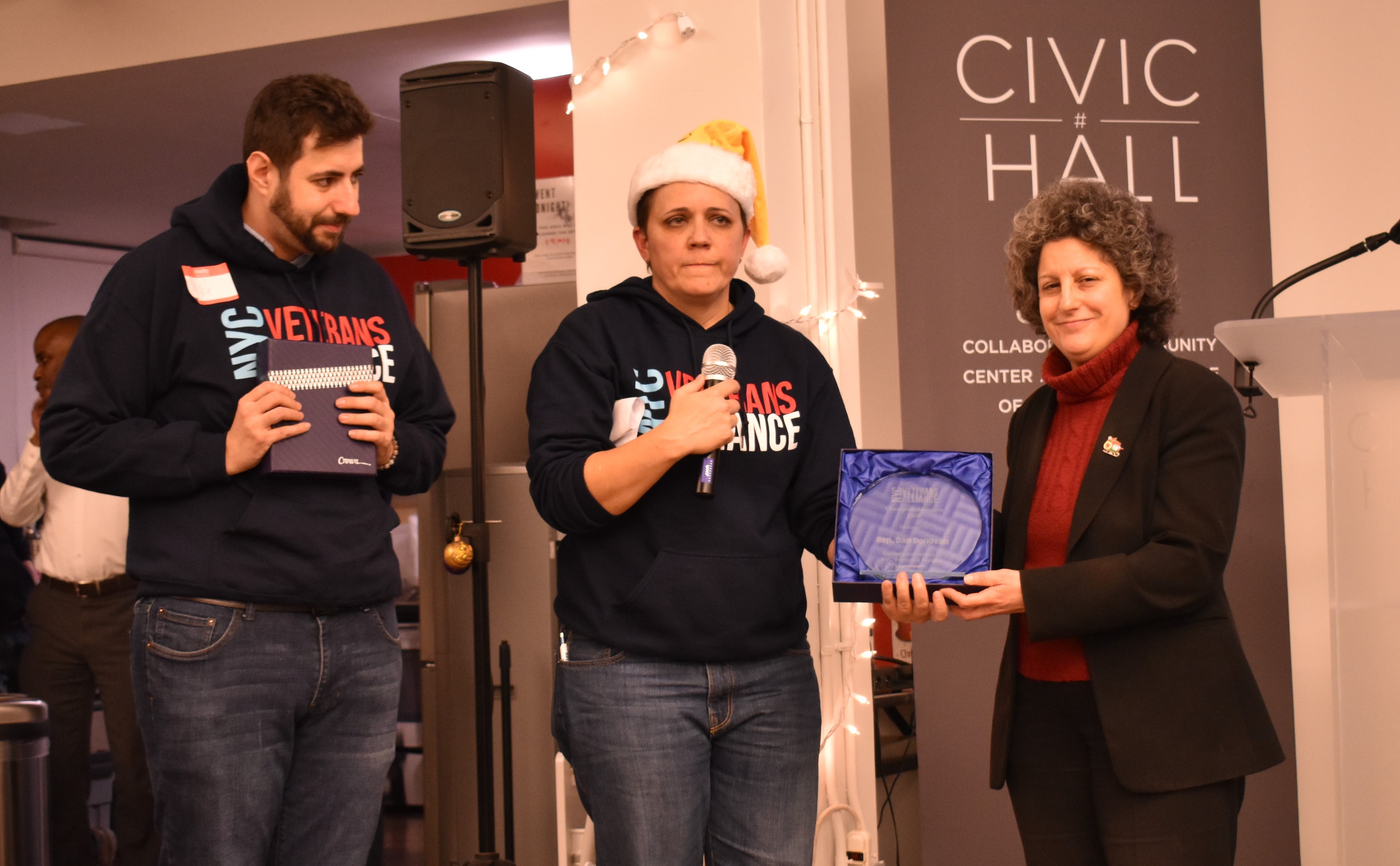 We say a farewell—for now—as he departs Congressional service. His successor Max Rose has big shoes to fill when it comes to veteran advocacy.

We also want to honor Congressman Donovan's tireless staff member who has consistently met with veterans and worked to address our concerns--Fran Vella-Marrone. Fran has kept her finger on the pulse of what’s happening with veterans of south Brooklyn and Staten Island—and with the Brooklyn VA—keeping in touch with veterans of many eras thoughtfully and compassionately despite how many citizens in need there are out there.

We present Fran with her own award in honor and recognition of her service to our community. Thank you, Fran, for all you have done. 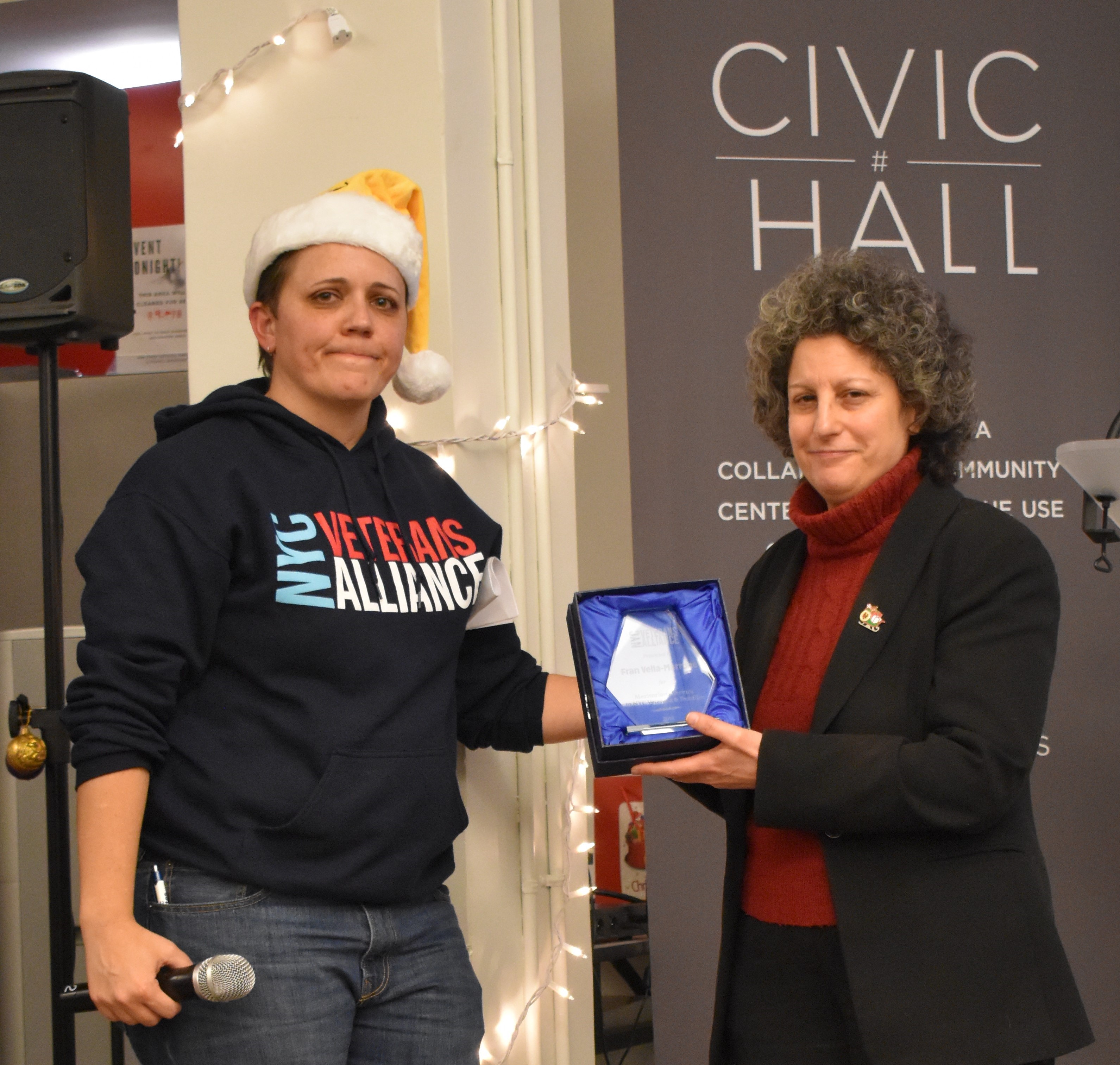