I have an urgent request: If at all possible, please join me and other veteran advocates on the steps in front of City Hall TOMORROW, April 16th at 3:00PM for a rally to call on Mayor de Blasio, the City Council, and the rest of our City government to do more for NYC’s veterans. We’ll be present with IAVA, VFW, VVA, and other important advocates—and it’s vital that we show both unity and strength in numbers. 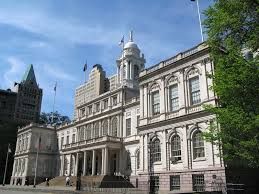 Now is the time to show a united front, and we need every veteran and supporter we can get out in front of City Hall tomorrow to ensure we are heard.

Why now? Last week, the de Blasio administration showed complete tone-deafness to veterans in the media (just one of several articles: http://bit.ly/1EdU5wy). Tomorrow afternoon is our one chance at a critical moment in the City’s budget cycle and legislative calendar to show City government that veterans matter, that veterans speak up for ourselves, and that members of the NYC veterans community—veterans, service providers, and civilian supporters—can be counted on to come out and show strength in numbers when it matters. Our message: veterans matter, we show up on veterans issues, and we’ll show up when it’s time to vote, too.

What are our grievances? There is much to be done at the City-government level to serve veterans. For all the federal and state programs for veterans, the rubber meets the road here at the City level where veterans live, work, and interact with a daily basis with City agencies and services. Here’s a short list of what has taken place since Mayor de Blasio began his term of office:

Veterans issues shouldn't be partisan or unfavorable to any mayoral administration, and we realize that the administration of a city as large, complex, and amazing as NYC is a formidable task. Yet the delays, inaction, under-resourcing, and blatant exclusion of veterans under Mayor de Blasio’s administration has been exceedingly disappointing. We simply must show up and speak out on this to show NYC government that veterans matter.

Please attend if you can. If you can’t, please send this on with a personal note urging others to attend.

Please also support us tomorrow between 3PM and 4PM on social media using the NYC Veterans Alliance hashtag of #NYCVetsMatter. You can tweet directly to the Mayor’s office at @NYCMayorsOffice and @BilldeBlasio and to Speaker Mark-Viverito at @NYCCouncil and @MMViverito.

Thank you for your support.