On Wednesday, the NYC Council held a hearing on NYC's Veterans Treatment Courts in City Hall's Committee Room. Aynisa Leonardo, an experienced clinician who has served veterans for more than eight years, and who also has extensive experience with clients in the Veterans Treatment Courts operating in Brooklyn, Queens, and the Bronx, testified on behalf of the NYC Veterans Alliance, and represented your responses thus far on the 2015 Survey of NYC Veterans Priorities. It was a long, but important hearing, and Aynisa followed testimony by a number of judges and government officials, to include Manhattan Borough President Gale Brewer and a U.S. Army veteran asked to read the statement of Public Advocate Letitia James in support of establishing a Veterans Treatment Court in Manhattan. 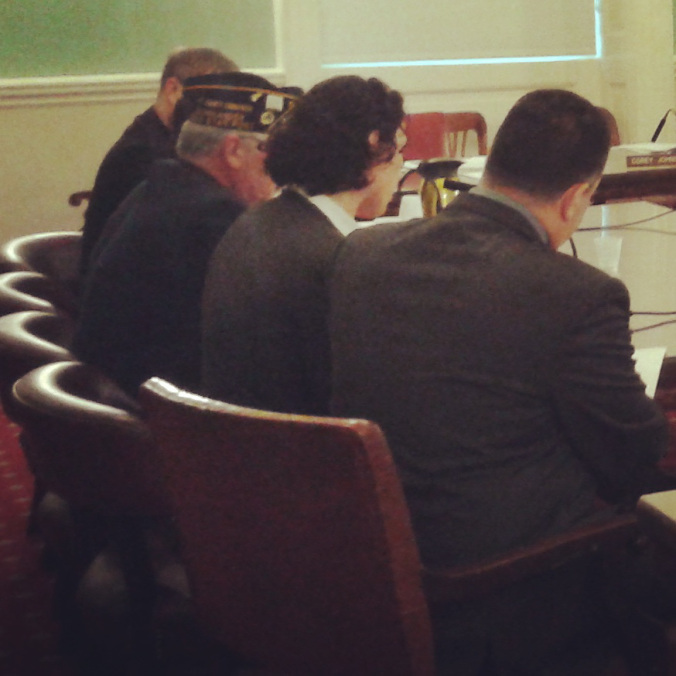 My name is Aynisa Leonardo, and I represent a newly formed grassroots organization called the NYC Veterans Alliance. I am a licensed art therapist and have worked with veterans and military families in clinical practice in the NYC Metro area for more than eight years. My work has included providing support to military families as well as inpatient, integrated behavioral health treatment for service members and veterans suffering from post-traumatic stress disorder (PTSD), mild traumatic brain injury (mTBI), acute suicidal thoughts and behaviors, and substance misuse disorders. In addition to my clinical practice, I also lead community programming to create local opportunities for veterans and military families to connect with each other and civilians in New York City.

I’ve learned through my work that most veterans successfully transition from their wartime service back into civilian life, but I’ve also seen firsthand that a significant number need help either because of the traumas they’ve experienced or because their family and social support systems weren’t sufficient to steady them. Unfortunately, a number of these veterans wind up falling into the criminal justice system for mostly misdemeanor offenses. While it’s important that all crimes are taken seriously, it would nevertheless be an injustice for veterans who haven’t yet received the help due to them following military service-related traumas to then be left on their own in the criminal justice system. This is why we strongly encourage all New York City officials to support robust, effective, and fully functional Veterans Treatment Courts covering all five boroughs of New York City.

Earlier this month, the NYC Veterans Alliance launched a survey asking the NYC veterans community to rate their policy priorities. Aside from the Veterans Initiative at the Midtown Community Court, with its catchment area largely based around Times Square, we asked respondents to prioritize establishing a borough-wide Veterans Treatment Court in Manhattan to refer veterans committing offenses to treatment rather than prison, like the Veterans Treatment Courts currently operating in Queens, Brooklyn, and the Bronx, and planned for Staten Island. The survey is open through the end of February, and we still have responses coming in. Yet even with these preliminary results, responses thus far from our community have overwhelmingly favored having Veterans Courts in all five boroughs:

We fully support the Manhattan Borough President’s and the Public Advocate’s call for a Veterans Treatment Court in Manhattan. Additionally, we strongly recommend that City officials take a holistic approach to Veterans Treatment Courts by ensuring all veterans across the City experience the same measure of justice and access to treatment, no matter which borough. We therefore offer the following six recommendations: