Governor Cuomo vetoed the Veterans Equality Act just before Veterans Day last year--the second year in a row after our state lawmakers passed near-unanimous, bipartisan bills to update New York's outdated and unfair rules for career civil servants to "buy back" up to three years of pension credit in exchange for their honorable military service. Right now he has a chance to remedy this--but will he fail us yet again? 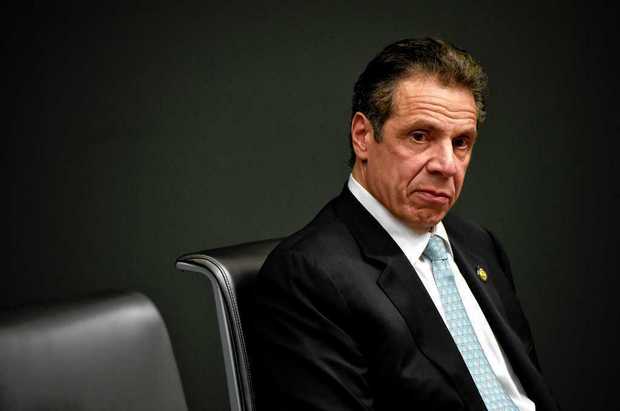 Currently New York lags behind a long list of states--including Massachusetts, California, Texas, New Jersey, Illinois, Pennsylvania, Ohio, Arizona, and Virginia--that currently allow veterans who served honorably in any era or place on the globe the opportunity to take at least three years of pension credit. Federal employees are able to take all years of their military service toward their pension. Yet New York persists in excluding a significant number of its veteran employees from this basic benefit.

Veterans who served in Afghanistan are not currently eligible for New York’s pension buyback benefit. Nor are veterans who risked their lives in combat operations in Somalia or Bosnia, or a number of other locations across the globe where U.S. military members have faced dangerous enemies, yet do not meet New York’s current pension credit eligibility requirements.

The exclusions of the current law simply have not kept pace with the realities of America’s military, and are unfair to our many veterans who have chosen to continue serving in careers as police, firefighters, teachers, and other civil service positions that are essential to the safety and welfare of our city and state. The Veterans Equality Act would end these exclusions and bring New York at last into the current era of recognizing all veteran civil servants for their honorable service.

Last year Governor Cuomo managed public outrage over his second veto of the Veterans Equality Act by saying that he would ensure it was included in the 2016 budget. But he failed to include this anywhere in his proposed budget for 2016.

Thanks to NYS Assembly Member Amy Paulin and NYS Senator Bill Larkin, bipartisan resolutions by the NYS Assembly and NYS Senate placed the Veterans Equality Act into the 2016 budget. Yet again, our NYS legislators have worked hard to make things right for veterans in city and state civil service.

The ball is in Governor Cuomo’s court right now to make a decision—will Gov. Cuomo follow through with his promise to New York veterans? Or will he fail us yet again by vetoing any or all Veterans Equality Act provisions?

You can make a difference! Budget negotiations are happening right now, and your voice as a constituent will definitely let our Governor and representatives know that we're paying attention and won't accept another veto.

Please call Governor Cuomo's office at 518-474-8390 (select option 3) to urge him to include all of the provisions of the Veterans Equality Act in this year’s budget.

Please also contact your NYS Assembly Member and NYS Senator to tell them that the Veterans Equality Act must not be negotiated away or excluded from this year’s budget.

See below for the joint letter we signed along with VSOs and labor organizations across NY State calling on Governor Cuomo and our NY State legislature to pass the Veterans Equality Act: 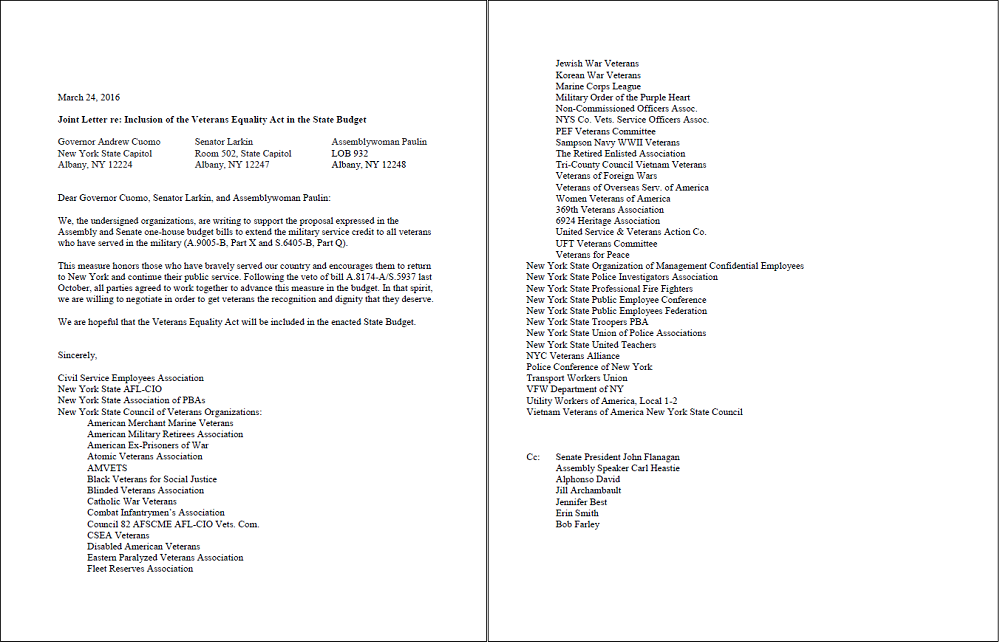